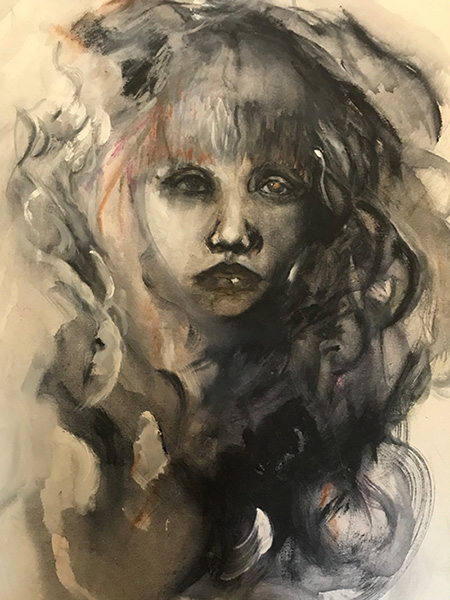 Recently on Instagram, a teen saw graphic images of suicide and self harm and was found dead in her bedroom after committing suicide. Her parents reported “no obvious signs” were seen.

I am a Psychotherapist. One of my specialties is Post Traumatic Stress Disorder related to trauma and abuse. I am a recovering addict for 32 years in twelve step programs as well as an incest survivor. In 1977, when I was twenty seven, I tried to commit suicide by taking an overdose of pills. Luckily I was found and hospitalized in a psychiatric hospital in Payne Whitney, in New York. I know what it is like to want to take your own life, and over the years, I have worked with many abuse and trauma survivors who have been suicidal.

Before I took that overdose of pills, I wanted to call someone, to reach out, to say how much I was hurting, but I couldn’t. I had many friends and went down the list of people I could call, but I could not pick up the phone for myself. As a child, I was threatened never to tell about my abuse. Reaching out was foreign. That was prior to suicide hotlines, an understanding of addiction, and children being sexually abused.

For months I had felt depressed and a growing urgency to take my own life. The trigger was a recent break up in a relationship, but the deep down cause for this was sexual abuse. At the time I had undiagnosed Post Traumatic Stress Disorder with Amnesia so I had no memory of the incest. Prior to taking the pills, I remember standing in the bathroom feeling completely alone and in so much emotional pain that I could not see a way out. As I downed the pills, I thought to myself, “I just want the pain to end.” I wanted relief. I believed I could not go on.

If I was a teen today, I might have used the access to social media as a cry for help. Recently someone I know who is twenty-one was posting on Instagram images that pointed to suicidal intent. Friends notified the mom who reached out to me. I said to take it seriously and take action. They did.

Teens often post statements and images that reveal emotional pain on social media such as ways to hurt oneself through self harm and ways to commit suicide. Often they post social gatherings where it is obvious they are using drugs and alcohol as well.

I believe social media could provide a system that flags harmful intent and automatically provides information and organizations for teens to contact. Parents can be alerted as well and have a system to identify self harm. When teens want to hurt themselves, it is because they are suffering, want relief and do not know what else to do. It is a way to shut down their pain. Warning signs can be both obvious and not so obvious, but they are present to adults who are educated about teen problems and want to know.

Often families I work with see warning signs but are fearful to approach their teen. They try but when shut out they feel hurt and do not push. Parents feel helpless. which often leads to frustration and anger. Teens who are hurting put a wall up, do not communicate, push away and isolate. If they are being sexually abused, they may have been threatened, they may be ashamed, or they may believe they asked for it. This leads to secrecy, which creates a silent wedge between teens and their parents. When teens cut or use other means of self harm, they hide their wounds. For example, they refuse to wear short sleeves in hot weather because they are slicing cuts into their arms. In order to not be seen, they withdraw or become belligerent. Their behavior keeps people from getting too close. This is true for teens that are using drugs and alcohol as well.

Parents may see a sudden change in behavior. For example, an outgoing teen suddenly is quiet and mysterious. Mood swings of rage, fear, insecurity and withdrawal can occur. When you try to engage in a discussion, you are met with defensiveness, anger, belligerence or a refusal to talk. You notice they are distracted or distant at odd times. They may not be showing signs outwardly that are obvious. They may be an excellent student and no outward change that parents can point to, but take an unusually long time in the bathroom. Teens that have bulimia need to throw up and spend more time in this way. They turn the shower on to hide the noise. You may see them eating but losing weight, not eating or gaining weight. Changes occur; you just have to notice.

In my experience over the years, parents “see” but do not know what the behavior means. As a result, they think it is the typical “teenage” years. If you think your teen is acting different, then your teen is acting different. If you are bothered by their behavior but can not put your finger on it, then search for answers. Check their social media, talk to the school, read articles, call help lines, talk to other parents, seek counseling. Do not second guess yourself or think you might be wrong. Better to be wrong then sorry. Do not hope it will go away because a teen in trouble needs assistance.

I often suggest to parents to write down every change they see even if it is minute. Write down what you have tried to do and how your teen responded. Write down how you feel when around your teen to help identify what your child is bringing up in you, particularly your fears. If you cannot identify your fears in confronting your teen, then seek help for yourself before you focus on your child. How you respond and react either contributes to the problem or help take it in a different direction. Teens resent it when parents focus on them and not themselves. Everyone in the family is affected and everyone has a part in creating change.

Our schools and educational institutions need to provide a way to educate parents of teen behaviors that point to different kinds of abuse, self harm behaviors and addictions, as well as understanding cyber bullying and bullying in general.

I also believe teaching children about abuse should be “mandatory” in early childhood education, middle and high schools. A teacher knowledgeable and able to teach topics about sexual, physical and emotional abuse, identifying for children and teens what abuse is, who to tell, who is trustworthy and how to protect themselves helps children and teens identify and have tools to learn and report on abuse.

Social media and schools have access to children and teens for many hours in the week. The use of the computer has become an integral part of their lives. We need to create programs that respond to these issues. It is not just a parental problem or family problem; it is a societal problem as well. Everyone needs to be involved in solutions that affect our children.