Step Into Your Future
Healing Awaits

If you don’t believe your own story within your life, then what is true? THE LIES! The result is that victims begin to think, I must be crazy. No, no you are not.

Lori shares her journey of recovery from 11 years of incest—from age of 5 to 16. A recovery that took her through multiple addictions including: drugs, promiscuity, relationships, food, even work. Her awakening began when she admitted she was a drug addict. For a seven-year period, through therapies, counseling, and hospitalization, her ugly childhood was revealed. Her art reflects the stages of her awareness and who the “ape” was in her initial memory—the childhood terror that haunted her.

It’s not uncommon for sexual assault victims to believe that their pain will never end. Lori believes, and lives, that it well. Healing is possible. With willingness and work.

So many times I’ve heard,

All are common responses from those who never lived in the devastating effects of sexual abuse. People who choose to live in denial.

We survivors minimize as well:

I wasn’t raped … I was only touched.
My father only stared at me … I was just uncomfortable.
It only happened once.
It wasn’t painful … he didn’t hurt me.
I must have dream’t it … this can’t be real.
I did something to bring it on … it was my fault.

A violation of a child is not just a few bad minutes—for many, it often recurs over and over again from the same perpetrator. Physically and mentally as it buries itself into a vault in their memory … as adults the hidden driving force behind self destructive behaviors, self hatred, shame, terror and an awful belief that you cannot trust yourself.

What a child does know when he or she is violated—whether physically by touch, by penetration, violation by leering, or verbal and visual inappropriate sexualized behaviors—all result in a mix of sensations in their body that overwhelm and immobilize, leaving children frozen in place,  thinking  something is happening that is not supposed to happen.

It is shocking and confusing and children know something is not OK. The result is they believe, I must be bad. Violation of any sort is not OK. It is a life changing event. The child is ripped from the innocence of childhood. Trust is violated. A state of fear introduced. Mistrust becomes the new norm, the common thread of ALL Sexual Abuse Survivors. The result is that it is not in the past … it is embedded in the way you feel about yourself, how you protect yourself, in the relationships you choose, in your feeling unsafe, in your sexuality as you live the effects of abuse in your life TODAY. 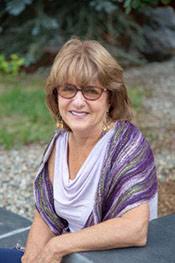 Through Lori’s speeches and retreats, she knows that her words make a difference.

They create a wake-up call for those who discount the damage that sexual abuse creates. Her words become the bridge for so many who thought that they were alone. That life, and they, were hopeless.

Book Lori for your next event.

To contact Lori about a speaking engagement, please email Lori

“Lori’s calm presence and keen perception of one’s struggles is a gift that not all therapist’s carry.  She has an in-depth understanding of life’s challenges and possess tools to sooth and remedy.  Lori not only has the ability to steer you to a better place on your path but is willing to dig deep with> you and for you in nearly all arenas.”